We will use a percentual amount of generated ADA and donate them to the Dentist Airlift Kenya Project running by two german Dentists - Daniel and Alex. 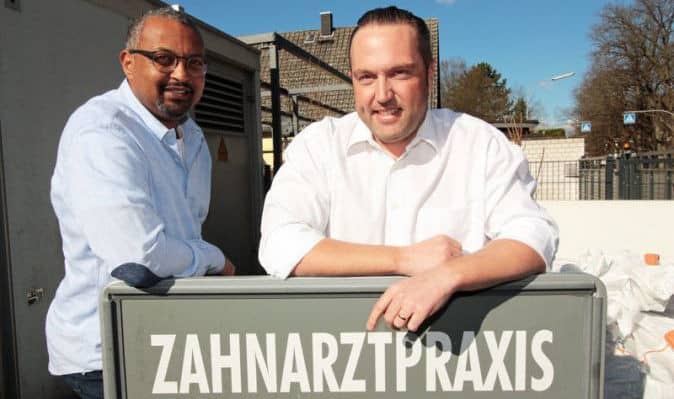 They came up with the idea for the project in Africa in 2017. A Condor Purser found himself as a patient in the practice and reported that there was a dental chair in Mombasa that was never used. He asked Alex if he would like to take a look at the situation there. No sooner said than done. Alex and his colleague Daniel Kiefle flew to Mombasa for three days two years ago to take soundings. With the conclusion that the two would like to start a treatment project there.

Africa was not new territory for Dr. Alex May, who is a member of the “Medical Invervention” association in Frankfurt. This is an association of doctors who work on a voluntary basis in a clinic in Burma to treat patients mainly with cleft lip, jaw and palate. Already as a student, he helped set up the “Jahaly Health Center” project in Gambia and spent his semester breaks there. “I had no fear of contact.” For the project in Mombasa, he brought the ear, nose and throat specialist Fortuna Ghebremeskel from Frankfurt on board.

For use in the incorporated suburb, May bought a mobile unit for treatments. He financed the 3500 euros himself. In addition, he lugged filling and suture material, surgical instruments, anesthetics and medications, among other things. The flight costs were covered by the airline Condor associated aid organizations. They provided additional treatment materials. The three doctors paid for their stay in a hotel themselves. It is about ten kilometers to the city center, but May and his colleagues did not get to see it during their stay in Majengo. They spent around ten hours a day treating patients free of charge and then fell into their beds, exhausted. “A cigarette, a banana, coffee, and then it was back to work,” says May.

Many had never had dental treatment before

There were no communication problems in Africa because most of the patients spoke English and an interpreter from the nearby Kanamai Health Center was also available. As a well-coordinated team, May and Kiefle assisted each other. Many Africans of all ages, they said, had never received dental treatment and had corresponding fears, but the two doctors allayed those fears. May and Kiefle gave teeth new fillings and also extracted them. No dentures were made.